Gerald Loughney completed his Bachelor’s of Fine Arts Degree in Violin Performance at the University Wisconsin-Milwaukee, where he studied with Professor Ralph Evans of the Fine Arts Quartet. Mr. Loughney began his studies at the age of four and has studied with Patricia Anders, Dr. Gerald Fischbach, Jerome Franke, and Samantha George.

Mr. Loughney is also a self-taught fiddler, having earned five Wisconsin State Fiddling Champion titles. He has fiddled with several bluegrass groups as well as forming his own bluegrass quartet, Above the Town, which released their critically acclaimed CD, Uphill Climb in 2005. He has toured extensively throughout the United States and Canada for five years with national country recording artist, Kevin Sharp. While on tour with the Milwaukee Youth Symphony Orchestra, Mr. Loughney was invited to fiddle at His Majesty’s Theatre in Aberdeen, Scotland. On call as a studio musician, Mr. Loughney has recorded in many of the area’s finest studios, with styles ranging from bluegrass to Western swing, alternative, polka, and rap.

Mr. Loughney enjoys his career as a violinist. As an active performer, his styles range from classical to bluegrass and country fiddle to Celtic and jazz. As a soloist, he has performed the Sibelius Violin Concerto with the Milwaukee Symphony Orchestra as well as other area ensembles. He currently performs with the Wisconsin Chamber Orchestra as Principal Violin II, the Milwaukee Ballet Orchestra as Assistant Concertmaster and the Elgin Symphony Orchestra. His career has led to performances at the Kennedy Center in Washington D.C., as well as Europe and the British Isles. Residing in Wauwatosa, Wisconsin, with his wife Andrea, Mr. Loughney keeps a busy teaching studio and enjoys sharing what he has learned with others. 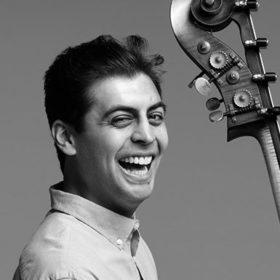