Hillary Hempel was born in Lyons, IL, a suburb of Chicago, and moved to Madison after becoming a member of Madison Symphony Orchestra and Wisconsin Chamber Orchestra in 2017. Prior to joining MSO and WCO, Hillary was a member of the Civic Orchestra of Chicago. Hillary began playing the violin at the age of four. Hillary is forever grateful to all of the private teachers she has studied with and all that they taught her, with Jane Khonke and Thomas Wermuth in grade school and high school, with Robert Lipsett at Colburn Conservatory of Music where she received her undergraduate degree, and with Almita Vamos at Northwestern University where she received her master’s degree.

She enjoys playing in both orchestras and playing chamber music. When Hillary is not playing the violin, she enjoys running, hiking, and spending time outdoors in any season. She loves spending time with friends and family. She also enjoys reading. Soli Deo Gloria! 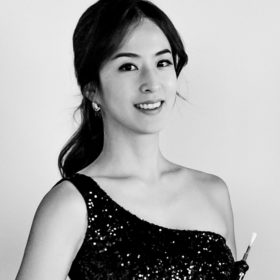