It is with great pleasure to introduce violin phenom Eric Silberger. This is our third attempt at a concert date as with many of our guest artists, the pandemic has forced us all to be very patient. The wait has been worth it with Paganini’s tour-de-force Violin Concerto No. 1.

The program opens with a world premiere performance of Christopher Blake’s Kotuku, commissioned by Andrew and Mary Sewell in 2019, and featuring an original lament with indigenous flute. The work tells the story of the native white heron of New Zealand and its spiritual significance to Maoridom and is based on the screenplay written by Mary Sewell.

Watch Let Your Sisters Be, a Short Film by Mary Sewell

Samuel Coleridge-Taylor has been featured on numerous Concerts on the Square for larger orchestra forces. We welcome his four-movement Petite Suite de Concert for chamber orchestra. Mozart’s Symphony No. 34 in C major has just three movements yet packs a punch, as C major was considered a triumphal key in classical psyche.

Virtuoso violinist Eric Silberger is a prize winner of the XIV International Tchaikovsky Competition and the Michael Hill International Violin Competition in 2011. His performances have been described by critics as “spine-tingling…astonishing” (The Guardian), “dazzling virtuoso playing” (The Washington Post), “impeccable level of playing, a wonderful musician” (Heather Kurzbauer, The Strad), and “ ….he has got everything in his favour, technique, composure and personality. We are on the eve of a great soloist” (El Pais, Spain).

Conductor collaborations include Lorin Maazel, Valery Gergiev, Dimitri Kitajenko, Vladimir Ashkenazy, Donald Runnicles, Robin Ticciati, and others. He has appeared at Lincoln Center, Carnegie Hall, the Kennedy Center, the Louvre in Paris, the Great Hall of the St. Petersburg Philharmonia, The Moscow International House of Music in Russia, Shanghai Grand Theatre in China, Royal Festival Hall in London, Seoul Arts Center in Korea, the National Arts Centre in Canada, and more. Among numerous television and radio appearances in the United States, Asia, and Europe, he was featured on Radio France, STV in China, KBS in Korea, and WQXR, WFYI, FOX 59, WISH-TV, and NPR, among others.

Eric received a Bachelor of Arts in Political Science from Columbia University and a Master of Music degree from The Juilliard School. Mentors have included Glenn Dicterow, Itzhak Perlman, Pinchas Zukerman, Robert Mann, and Dorothy Delay, among others. He was also mentored by Maestro Lorin Maazel. 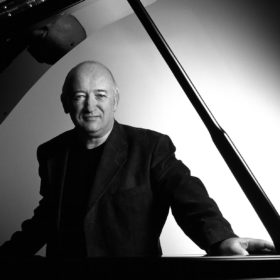 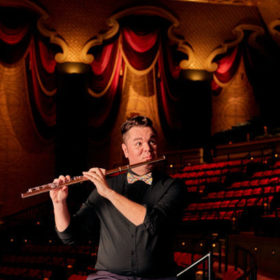 Masterworks is a delightful sense of occasion, so dress up or dress comfortably. Learn more about the concert experience.