Beethoven is honored in this program featuring a piano concerto and symphony. His 250th anniversary celebration, delayed during the pandemic, takes centerstage. WCO Composer in Residence, Dr. Bill Banfield opens the program with a Suite from his opera, Edmonia.

Michael Mizrahi returns to Madison to perform Beethoven’s Piano Concerto No.1 alongside Beethoven’s Symphony No. 6, the Pastoral, in this delayed celebration of the composer’s 250th anniversary. The Pastoral Symphony with its inspiration of nature, set the stage for others to follow. Composer in Residence Dr. Bill Banfield continues year two of a three-year residency. A Suite from his opera, Edmonia, will be performed.

“…the performance had transparency, revealing a forward-moving logic and chord voices you didn’t previously realize were there…textures were sumptuous.”
– Philadelphia Inquirer about Michael Mizrahi

Praised as "intrepid" (Philadelphia Inquirer), "engaging" (Houston Chronicle), and "endlessly fascinating" (WQXR New York), pianist Michael Mizrahi has won acclaim for his compelling performances of a wide-ranging repertoire and his ability to connect with audiences of all ages. He has appeared as concerto soloist, recitalist, chamber musician, and teaching artist across the United States and abroad.

Mr. Mizrahi has performed in the world’s leading concert halls, including Carnegie Hall, Toyko’s Suntory Hall, the Kimmel Center in Philadelphia, Jordan Hall and the Gardner Museum in Boston, the Kennedy Center in Washington, D.C., the Chicago Cultural Center and Houston’s Jones Hall. He has performed as soloist with the Houston Symphony, National Symphony, Haddonfield Symphony, Sioux City Symphony, and Prince Georges Philharmonic, among others. He has given solo recitals at the Phillips Collection in Washington, D.C. and has made repeated appearances on the Dame Myra Hess Concert Series in Chicago. His chamber music festival appearances include [email protected], Verbier, the Yellow Barn Music Festival, and the Steans Institute at the Ravinia Festival. Mr. Mizrahi won First Prize and the Audience Choice Award in the Ima Hogg International Competition, as well as first prizes in the International Bartók-Kabalevsky Competition and the Iowa International Piano Competition. He won third prize in the San Antonio International Piano Competition. Mr. Mizrahi appeared for many years on the active roster of Astral Artists.

Recognized widely for his commitment to artistic excellence, Michael Mizrahi won Lawrence University's Award for Excellence in Creative Activity, and, in 2014, was one of five international recipients of the S&R Foundation's Washington Award.

An enthusiastic promoter of music education, Mizrahi has presented lecture-recitals and master classes at the University of North Carolina – Chapel Hill, the University of Redlands, the University of California – San Diego, the American School in Switzerland (TASIS), and the University of Nebraska at Omaha, among many others. As a member of Carnegie Hall’s prestigious Academy program (now Ensemble Connect) and Teaching Artists Collaborative, Mr. Mizrahi spent several years as a teaching artist in New York City public schools.

Dedicated to the music of our time, Mr. Mizrahi has commissioned and given world premieres of several new works by today’s leading composers, including Missy Mazzoli, Judd Greenstein, Sarah Kirkland Snider, Mark Dancigers, and John Luther Adams. He is a founding member of NOW Ensemble, a chamber group devoted to the commissioning and performing of new music by emerging composers. Mr. Mizrahi's celebrated albums The Bright Motion and Currents, both albums of new solo piano works commissioned by Mizrahi, was released on the New Amsterdam Records label. His popular music videos have been lauded by National Public Radio and New Yorker music critic Alex Ross. Mr. Mizrahi co-directs the New Music @ Lawrence concert series.

Mr. Mizrahi is also a member of Decoda, a chamber ensemble comprised of virtuoso musicians, entrepreneurs, and passionate advocates of the arts. Based in New York City, Decoda creates innovative performances and engaging projects with partners around the world. Drawing from his work with Decoda, Mizrahi has worked to foster partnerships between Lawrence University’s Conservatory of Music and the surrounding community, and helped found Lawrence’s Music For All project that brings classical chamber music to children and populations who ordinarily do not participate. Mr. Mizrahi is co-director of the prestigious Decoda Chamber Music Festival, which takes place at Lawrence University in Appleton, Wisconsin.

Mr. Mizrahi received his bachelor’s degree from the University of Virginia, where his concentrations were in music, religion and physics. He holds master’s and doctoral degrees from the Yale School of Music, where he studied with Claude Frank. As a member of the Moët Trio, Mr. Mizrahi completed a two-year residency, the only one of its kind for piano trios, at the New England Conservatory.

After his Philadelphia debut recital, the Philadelphia Inquirer wrote that “…the performance had transparency, revealing a forward-moving logic and chord voices you didn’t previously realize were there…textures were sumptuous.”

He is the Frank C. Shattuck Professor of Music at the Lawrence University Conservatory of Music in Appleton, Wisconsin.

Masterworks is a sense of occasion, so dress up or dress comfortably. Learn more about the concert experience. 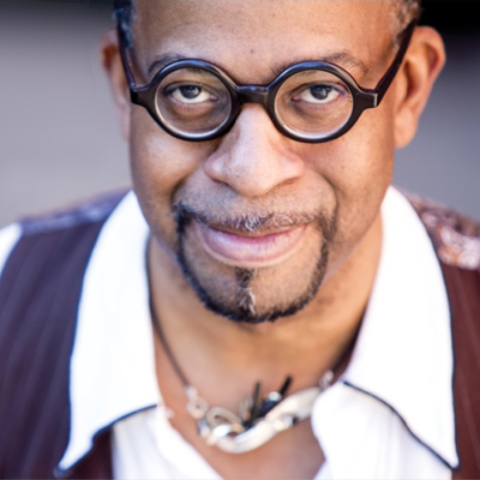